Your Volkswagen’s timing belt
needs changing every four years.
Thankfully we change them every day. 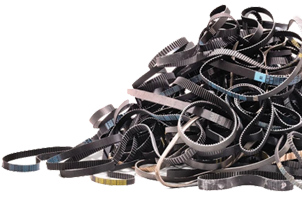 Why does it need changing?

The cambelt (or timing belt) drives vital components of your engine such as camshaft, inlet and exhaust valves and water pump. In five years it will typically run the engine through over 200 million cycles. Any component working this hard will eventually show signs of fatigue; a broken cambelt would mean these components would run out of sequence and perhaps cause a catastrophic failure of the engine itself.

How often should a cambelt be changed?

The maximum recommended mileage interval for a cambelt change is stated in your vehicle handbook (varies depending on model, year and engine type.) For Volkswagen passenger cars your cambelt should be changed every five years or at the recommended mileage, whichever occurs soonest. (Every four years if your vehicle was manufactured before 2010). For Volkswagen Commercial Vehicles (including Caravelles and Californias) the change interval is every four years regardless of manufacturing date.

What is included when it is changed?

Our cambelt kit change includes stripping the relevant parts of the engine, replacing the cambelt and tensioners, the reassembling of the engine and finally road testing your car. The water pump is usually driven by the cambelt and involves stripping the same area of the engine as the cambelt. It is not uncommon for a water pump to fail after fitting a newly tensioned cambelt so it is recommended to change it at the same time, saving you additional cost later on. When the water pump is changed we drain the cooling system and refill it with G12Evo antifreeze additive and pure distilled water.

A cambelt change on 4 cylinder petrol and Diesel engines is only £434,* or £386* if your vehicle doesn’t have a timing belt driven water pump. Naturally we only use Volkswagen Genuine Parts™ when carrying out cambelt changes, which come with a 24 month guarantee as standard. Why pay more for peace of mind?

Is your vehicle a plug in Hybrid? That’s not a problem either, cambelts on Passat, Tiguan and Golf GTEs are only £458*

Contact us to book your timing belt replacement now.

*Terms and conditions apply. Excludes Seat Exeo, Audi A4, A6 and other selected VAG group vehicles. Contact us for details of exclusions and prices. All prices and offers correct at time of publication and subject to change/withdrawal without notice. Prices correct as of the 01/04/21.

Please note, we cannot use customer’s own parts for timing belt changes.